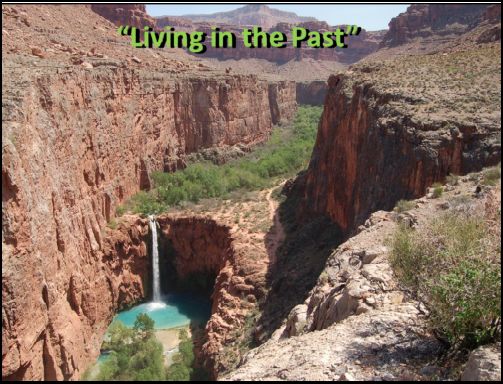 The 350-million year old Redwall Limestone is one of the most prominent features of the Grand Canyon. Its features:

• Diverse and long history over the last 350 million years.
• Magnificent cliffs and red walls.
• Composed of ~99.5% pure limestone, ~95% of which is biologically formed in the presence of organisms.
• Forms very chemically resistant cliffs, yet it is a very soft rock (slightly harder than a
finger nail).
• Has 1,000’s of miles of interconnected caverns spread out over the Colorado Plateau.
• Has many caverns, some with ancient and modern speleothems.
• Is the source of carbonate for the growth of abundant travertine deposits.
• Provides precious minerals, trace metals and uranium in breccia pipes
• Is a major source of high quality groundwater to numerous and voluminous springs in
the canyon and region, consumed by most visitors to the canyon.
• “Living in the Past” implies the past of the Redwall Limestone is living with us today.

Brian Gootee of the Arizona Geological Survey has designed a 27-slide history of the Redwall Limestone intended for guides and educators. It can be downloaded here:
http://repository.azgs.az.gov/uri_gin/azgs/dlio/1572

It has great graphics and an interesting story.