The greatest challenge facing mankind is the challenge of distinguishing reality from fantasy, truth from propaganda. Perceiving the truth has always been a challenge to mankind, but in the information age (or as I think of it, the disinformation age) it takes on a special urgency and importance. -Michael Crichton
The madness of global warming politics has spawned bad political and economic policy, rent seekers sucking up government money, and some very weird ideas.
This month’s craziest scheme:
The Global Cooling Skyscraper Which Could Save the Planet
by Eric Worrall
Italian architect Paolo Venturella has proposed a gigantic megastructure to prevent global warming, though building it may present a few practical difficulties: a vast hori 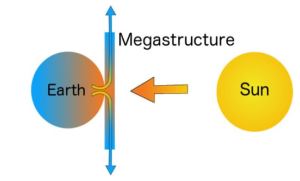